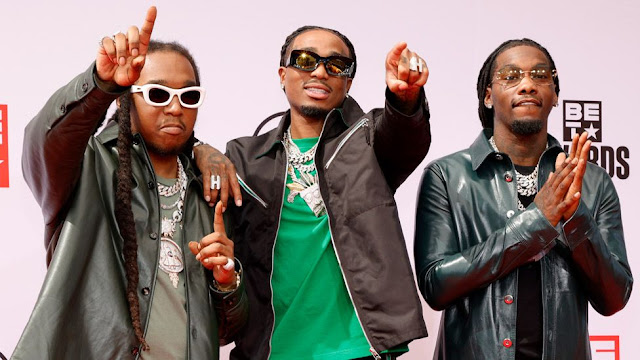 Takeoff, the third member of Migos alongside the rappers Quavo and Offset, has died. The 28-year-old rapper, real name Kirshnik Khari Ball, was fatally shot at a bowling alley in Houston where he and Quavo were playing dice around 2.30am; Takeoff was pronounced dead at the scene. Two other people on the premises were shot and taken to hospital while Quavo was unharmed. TMZ first reported the news, which was later confirmed by a local Houston outlet, this morning (1 November).
On Twitter, friends and admirers paid tribute to the late rapper. “I remember Takeoff being a very down to earth, cool dude,” wrote boxer Chris Eubank Jr. “Can’t believe I’m having to say this again about another young Black star being killed for no reason, something really has to change in the industry.”